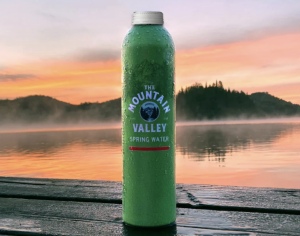 There’s no other water like The Mountain Valley. Bottled at a single, protected spring deep in the Ouachita Mountains, it’s rich in minerals and boasts a crisp, clean taste. Calvin Coolidge was the first American president to serve Mountain Valley Spring Water in the White House. Following a heart attack in 1955, President Dwight Eisenhower drank the water on the advice of his physician. Other notable connoisseurs of the water included Elvis Presley and boxing champions Joe Louis, Gene Tunney, and Sugar Ray Robinson. Consumption of the water has not been limited to humans: thoroughbreds such as Secretariat, Nashua, Kelso, Bold Ruler, and Sunday Silence were trained on the spring water. Mountain Valley is America’s most-awarded spring water, having won 19 honors from the Berkeley Springs International Water Tasting since the organization’s inception in 1991.